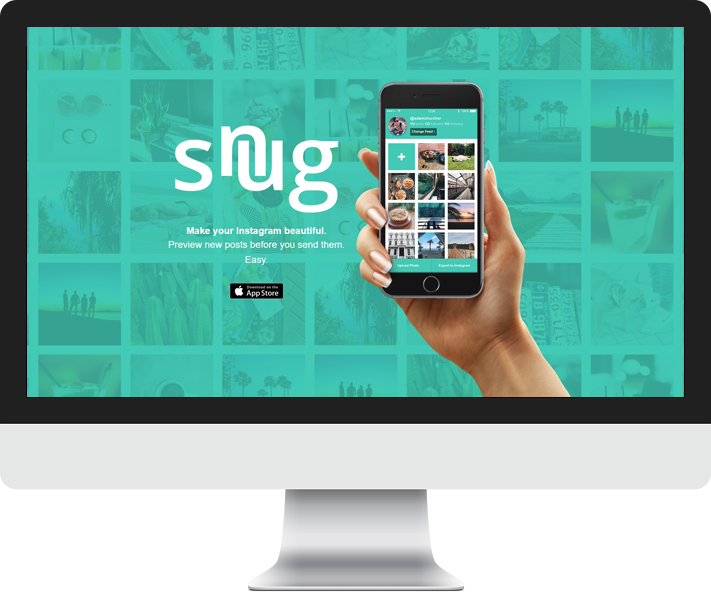 The idea for Snug came to Adam when he was browsing Instagram back in 2015. He wanted some way to style his Instagram feed cohesively, and to see how his next post would look before he sent it.

With some persuasion, he managed to convince Lewis to help him build the app, and get a MVP onto the app store to see if people would be interested.

Lewis started work on the app, building it entirely with Apple's programming language, Swift. We managed to get approved following a lengthy process and launched Snug on the app store in September 2015!

We continue to update the app regularly, and have added a number of new features including using the app while offline, reshuffling the order of the photos you upload, and cropping and rotating images!

Mobile app development was the biggest service used when creating Snug, but we did incorporate branding and web design when crafting and marketing the app to a wider audience. We continue to develop in Swift an use this in our commercial projects as well as internally.