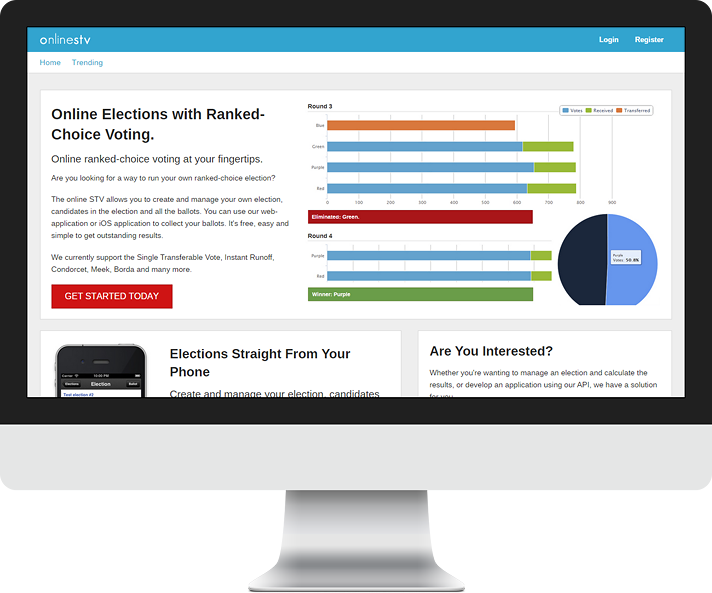 OnlineSTV is a cloud-based online ranked-choice voting system. Single transferable vote is rapidly becoming one of the most used voting methods across elections.

We started the development of OnlineSTV as a project for the University of Liverpool and the project quickly grew into a powerful platform that was widely adopted by companies and organisations to host, manage and maintain their internal elections.

The system allows you to create elections on the fly from any device or through the custom-built iOS application. You can create new candidates or use the global search to identify common candidates and then simply add them into any election.

At the end of an election, the system implements an automatic voting algorithm that uses Single Transferable Vote, Instant Runoff Voting, Meek voting, and Condorcet voting to determine the winner of an election. Results are stored and presented as a run-off step in every round.

We built a full REST API with OAuth 2 authentication that allowed us to build an extensive iOS application and gives other developers full access to the election data.